Karol Wolek: The soldiers of the Polish Underground Army are for us the models of civic and patriotic foundations. We are the last generation that has a chance to meet them, listen to their memories, and learn about the ideals and motivations that made them willing to risk their lives, the lives of their families, and all their property, so that today we can live in an independent Polish free state. Enjoy watching.

I don’t remember my grandfather. I remember my father. He raised me from an early age. I was four when my mother died. I was raised by my father and my grandmother. They also raised all my siblings because my mother had five of us.

A kilometre from us, in the town of Kurki, there was a cordon of Germans who attacked Poland on September 1, 1939, at 5 a.m. I was asleep then. A friend who lived across the street and who was a year older than me came to me and said: „Józef, Hitler decided to have a war with the Poles. War”. We only heard “pew, pew, pew” as the shots were fired.

Together with this friend, we went not along the road, but between the bushes to see this cordon, to see what this war was about. When we got close to the cordon, it turned out that the Germans already shot a few Poles, nine or I don’t know how many, and they also shot a boy from our village.

He was helping the guards in guarding the border because people were already gathering for the war. All the time, everyone was talking about this war and that Hitler was getting ready to attack Poland. When we came to the village of Kurki, one person was killed, the second one was killed, and the third one was killed. We came to the place where the cordon was stationed. Cyprkowiak, that boy from our village, was coming down the stairs when he got a bullet in his chest. He was dead. When we saw him and that he was dead, we returned to the village, where it turned out that everyone already fled or hid because the Germans were close. The border was 300 meters from our house. That’s why people were hiding. There was no one in the village.

I was working that day. I was digging as the tree had to be dug up with its roots and removed completely with everything that was in the ground. I had not only to cut it down, but I had to dig it up. These trees were old poplars, the logs were large. I was young, I worked with an older friend, maybe he was 40 years old, and the two of us were removing this tree. I dug, and I cut the roots, but the tree was still standing, not falling.

The German came, kicked me forward and said: „Climb the tree.” He gave me the rope that I had to tie to the top of the tree to pull it down. I climbed, tied the rope and the tree started to fall. I was getting ready to jump, but my older friend saw what was happening. „Don’t jump, stay on the tree.” Because if I had jumped, these branches would have killed me. I fell to the ground together with this log. The German came and hit me several times with a poker, and I did not even know what was going on with me, because I fell to the ground with the tree.

The harvest was in 1944. My last job was with the Germans, they took me to the trenches together with horses and a cart. Here in Prussia, they were making bunkers. I spent a week with no food, nothing, no help. On Sunday, we finished work before three p.m. Then, we were dismissed from this job. At night, we slept in the Germans’ barn. There was a cooker there and the potatoes were cooked there like it is done for pigs. When the Germans who stood over us, and had been bringing us dinner, had no food, they were just as hungry as we were all day long.

Everyone rushed to eat, to the cooker. Me first because I was always like that. If anyone could not finish their food, I ate it. But I did not unhitch the horses from the cart, as I was already getting ready to run away. Everyone rushed to eat the food, and I went to the wagon and started running away. Some people followed me, but I knew these roads, I knew which way to run away. And anyone who did not know the way did not know there was a river. Anyone who did not know this pulled down and saw that there was no passage, then heard a shot and that was it.

Somehow, I managed to get home. It was a pity to leave the horses and the cart. Without the horses, I would have run away right away. From then on, I did not go to work anymore. Our organization was already established, and we were already in hiding, but not for work.

In our village, probably 15 of us belonged to the National Armed Forces. We collected weapons, and ammunition and we tried to get as much as we could. A bit we got in Prussia, as the Prussians there had Poles for forced labour. We used to come there. They gave us some weapons. It was easier for us to get anything there than we could get from the Germans.

We gathered there. About three kilometres from us, in Prussia, we were gathering and getting ready. There were three or four people there, so it was not that terrible. Anyone who knew the area better conducted this whole action. Disarm, take weapons, and ammunition. There was no shooting, they gave up everything they had. They had two or three carbines there.

Five of us participated in the action. I remember that day exactly, it was Friday, and it was November, but I don’t remember which day of the month. I was already collecting the remnants from the field, vegetables, cabbage, beets, and carrots. I went to the field to pick up the remnants and bring them home.

Well, I came from the field and saw four friends in the yard. Actually, not everyone was a friend, because I saw this man named „Ołówek” [“Pencil”] for the first time. His name was Zduńczyk. It was probably the first time I had ever seen him. „You’ll come with us.” They took me and drove me, then gave me two pistols. They told me only what I was supposed to do and where we were going because I didn’t know that.

And we made it. We took the money, and the militia started chasing us. I had a bicycle. [laughs] The chain fell off a lot, but not too much. My partners were gone, they left me, and I was behind them. I came to the village of Konopki. When I arrived, it turned out that my partners already drove off. I saw the bag with money lying there. They dumped it. I took it on my bike, and I brought the money back to its destination.

Later I went into hiding because the militia knew who did it. I got the death penalty for this. But the people around were good at that time. There were no such people that would not help. They helped. They wouldn’t help today, no. Today, people are worse.

When there was a war, people knew what poverty was, because it was war. Everyone had some problems or was experiencing something bad, and today there is nothing to talk about. Prosperity, that’s it. One does not feel sorry for the other as it used they used to. Some people helped with willingness, and the other not, they helped because it was just a necessity, but they were afraid that if they had given something, if they helped someone, there was a punishment for such actions.

As for me, because I haven’t been home for a long time, when I came in the night, they said to me, „Run away, they will come for you.” I got out of the house. I was hiding for some time. In the morning I said, „I will go seven kilometres to visit my partners and tell them that the militia was at my place yesterday for me.” I went to the village, I walked about two kilometres, and I saw that a girl started to run towards me. She waved her hands, and screamed „Don’t go, stop!” „What?” She said: „They arrested our boys.” I haven’t seen them again. Death penalty. They died and I lived.

I was the first one everywhere. And the old, and the little, and the young people my age, they were my fathers, even in action. But I was… I never accepted any refusal. [this part doesn’t really make sense even in the audio]

I had strength like a horse. Really. For me, defeating three people was a piece of cake. The militia would not bother me on a street. Because they would have to kill me. I had great strength. I could take 300 kilos on my back and just walk away. 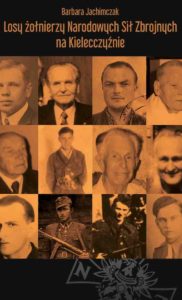 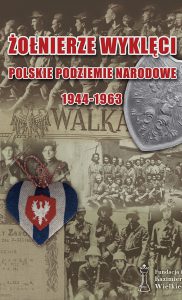 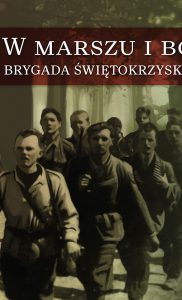 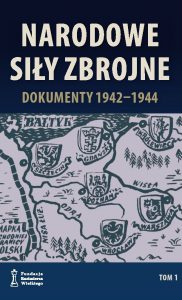 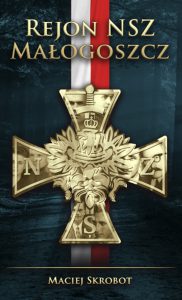 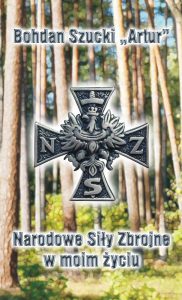 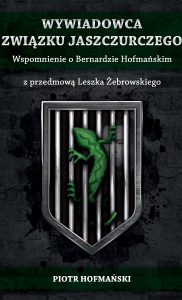